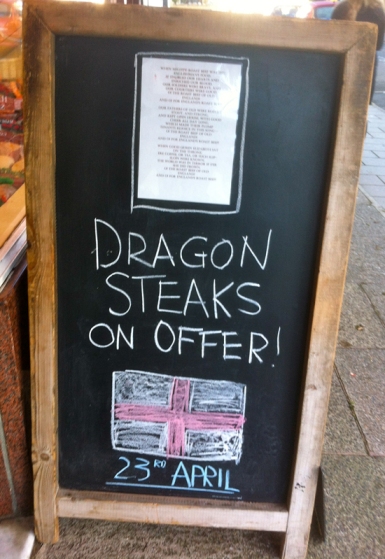 With the big, dark shadow of a massive Tesco’s hanging over the wee town of Seaton, we are indeed most lucky to have not one, but two independent butchers. Besides the very good GW Meats who we have already blogged about, we also have the Mulberry Manor Meat Butcher (18 Fore Street, Seaton, EX12 2LA, 01297 20915) in easy access from our home. Since moving here in November 2012, one thing that has stood out to us is the seriously excellent quality of the local UK meat (Devon & Dorset seem to be in top form) and the continued presence in many small towns and villages of the independent butcher. 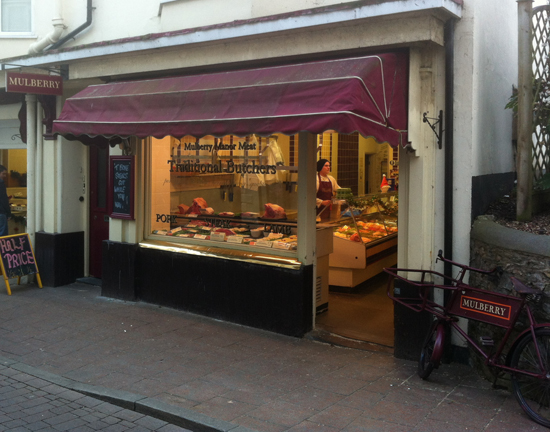 Mulberry appears to be striving for a smaller selection (they almost seems to be ordered in for the that day) in the “less is more” vein of thought. Their beef comes from Orkney Island in Scotland and the lamb & pork from farms just outside of Axminster, Devon. In addition, Mulberry Manor also offers several take home meals every day (e.g., chicken kiev or shepherd’s pie or pollo parmesan ). One specialty that Mulberry Manor carries that we are keen to try is their Barbary Duck Breasts, brought in from France. Barbary ducks are a slower growing duck which yields a larger quantity of leaner, darker meat (especially the males) – yum. Another of their offered cuts we have tried several times are the lamb chump chops and they were superb. 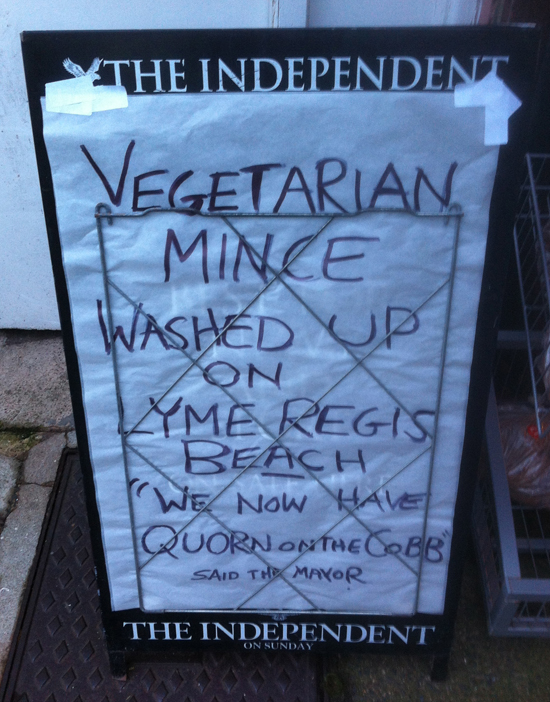 We literally stumbled into the Seaton’s Farmers Market as it happened to be on the day we moved in (Friday the 16th of November, 2012) and we also made it to the one just before Christmas. Here’s the 2013 schedule as far as they have been published: January 18th, February 15th, March 15th, April 19th, May 24th and June 21st with the rest of the year to be announced.

The market is held in the town hall. This provides a great all-weather venue and the building has a nice facade, but it doesn’t have the draw of a good outdoor market, with the advantage of passing trade (not that there is a lot of that in Seaton at this time of year…). There are a few stalls – meat, cheese and a few veggies. It would be good to have some interesting bread, or a brewery represented or some local charcuterie master, but it is nice to have a few local producers, doing good things.

The Somerset brie that we have bought there is likely to be a regular purchase. A buttery yellow, it is rich and well-flavoured. After a few days, it goes to a satisfylngly spreadable consistency, but doesn’t stink out the fridge. Another interesting local cheese is the Devon Oke which is made from a 17th century recipe and is a full fat, hard cheese – yum. 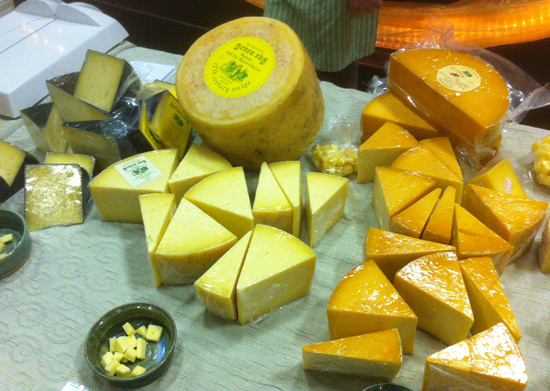 We also ran into a familiar face from the Exeter Farmer’s Market – the wild game man. He’s got an excellent array of game on hand including venison, rabbit, pigeon and pheasant at quite modest prices. We bought 4 pheasant breasts for £4 – a steal in our book – and they were excellent with a dry curry spice rub (and even better the next day in a wrap).

The veggie stand, though acceptably sparse at this time of year, had some top notch offerings of which we were most impressed (an bought) a stalk of brussels sprouts for a mere £2…a far cry better than London’s Borough Market. Hope to see you @ Seaton’s Farmer’s Market come January 18th!